“Traveling – it leaves you speechless, then turns you into a storyteller.”

My father was in the military so we have traveled for as long as I can remember. My earliest memory of traveling did not occur when we went over seas. I remember traveling with my dad from Myrtle Beach to Ahoskie, NC when I was barely able to ride a bicycle.

Ahoskie is a small town in North Carolina that most people in this world will never hear of but my father called it home. And in a big way, it has always been a home to me also. A place where I can call "home base" as I played the universal field called life. A place where if I find myself drifting, I can run back and touch home base as if I were playing tag. Then I can be off venturing again. 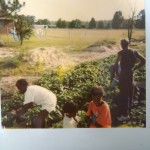 at the Farm in NC

Traveling those long roads, my sister and I would often play a game we invented. We would always try to guess which side of the road our grandparents farm would be on when we arrived. As I got a little bit older, I discovered that if we kept the game quiet amongst ourselves, I had a chance at being right, but if we played the game out loud, my sister always won. This game subsequently expanded to where 5 of us would play the game. Now that I look back upon it, I have to laugh about how serious we were about winning and how funny my dad probably found the game to be.

Those early games, those long highway miles, the sense of going "somewhere else", have always stayed with me. And as I put many miles on my feet as a kid, I have maintained that same sense of adventure as an adult.

My father passed along a few years ago. But in keeping with his tradition, I often return to the farm. And each time I return, I am reminded of all the different places that I traveled since the last time I was on the farm.

I believe that the urge to travel is what ultimately set me on a path to join the Marines and subsequently see parts of the world that I had only dreamed of. The Far East, Africa, certain parts of Europe and many other places that I cannot believe I have seen.

On one occasion while living in Haiti, I linked up with a group of friends and we left Port-au-Prince for the small town of Jacmel. Jacmel has the quintessential French Colony appearance that one would see in the French Quarters of New Orleans but with the tropical island feel. While walking along the street and gazing at the numerous French style houses and wandering in and out of the Artisan shops along the way one can't help but well-up with the feeling that they are in another time. A portal to the rich heritage that is Haiti. 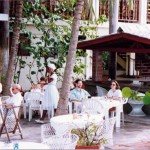 A short distance away from Jacmel lies a place that does not stand still. It is the site of one of the most surprising waterfalls that you would ever imagine. Yes, there are waterfalls in Haiti. You see, Haiti shares its position in this world as the western portion of the island of Hispaniola. The Dominican Republic is on the other side. 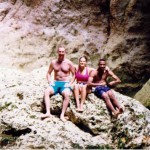 Flexing at the Bleu

To get to the waterfall, known locally as Bason Bleu, you will have to go into the mountains on foot or in a jeep, hike a few trails and cross a few logs and swing on a vine or two before you arrive at the cubby-hold that hides the waterfall. It's one of the most remarkable sights you will ever imagine.

I had the same kind of experience when I first set eyes on the Superstition Mountains. 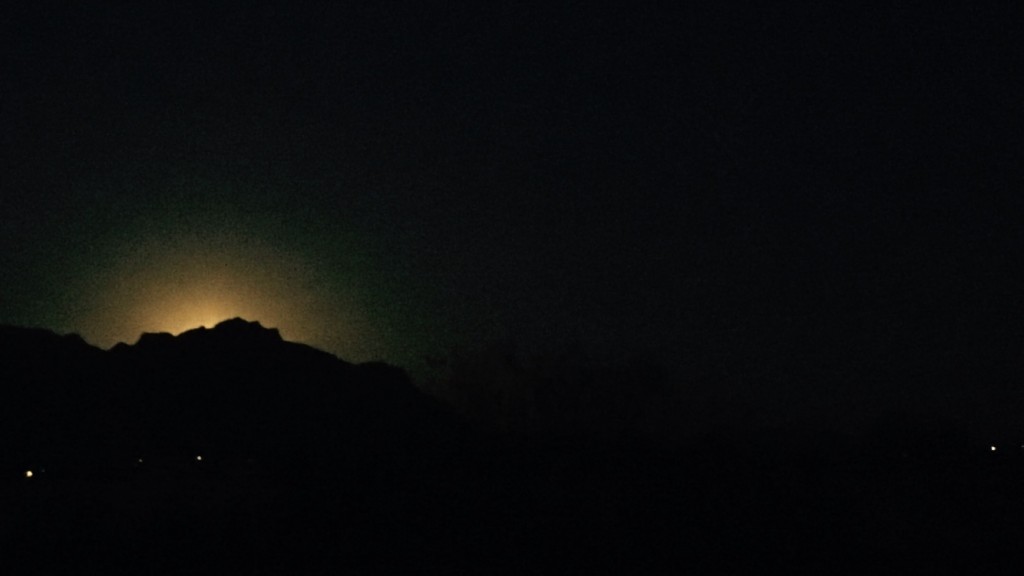 Moonrise at the Superstition Mountains

The Mountains are not shaped like Mount St. Helens, or Mount Kilimanjaro or any other famous mountain that you are familiar with. It has an odd shape as you look upon it bearing east. It has a completely different visual texture than the entire surroundings and does not even appear to belong on the landscape. But it is there.

The lore of this mountain is inescapable because the name itself is a clue about the mountains history. There are tales and pillow talk about the many riches and gold mines that are astray within the mountains. The kind of tales where people set out to discover riches and never return. The tale of the Lost Dutchman gold mine is the most prominent story that has been passed on from generation to generation. It is the story of how Jacob Waltz stumbled into the Mountains and discovered the hail mary's of all gold mines and from his death bed he would launch a frenzy of future gawkers and gold fevered treasure hunters en mass. Many have claimed that they found his mine but it is hard to say. Either way, his tales have continued to peak the interest of travelers the world over.

It is also the gateway to the Apache Trail which runs for approximately 45 miles between Apache Junction and the Roosevelt Dam.  "The Apache Trail combines the grandeur of the Alps, the glory of the Rockies, the magnificence of the Grand Canyon, and then adds an indefinable something that none of the others have. To me, it is the most awe-inspiring and most sublimely beautiful. " Said President Teddy Roosevelt.

Golden nuggets like my grandfathers farm, Jacmel and the inkwell known as Bason Bleu have helped me understand the importance of traveling. When you get out there and see the world for yourself, when you experience what it is like to be in a place that you are completely unfamiliar with, when you learn that there are other places on this planet outside of your familiar zip codes, only then can you truly learn to appreciate where you have come from and also get a chance to appreciate where other people have come from.

Maury Osbourne has traveled the world and is always looking forward to his next adventure.

View all posts by: admin 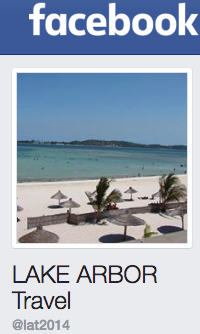